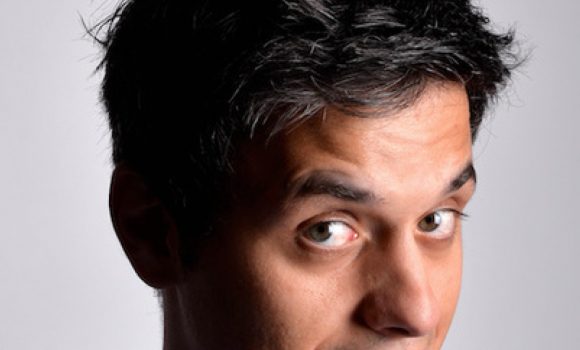 George Zach moved from Greece to study Biochemistry in Newcastle Upon Tyne and, in doing so, avoided joining the Greek army for his national service. He discovered stand-up soon after and has gone to sell out his show Greek Tragedy at the Melbourne Comedy Festival and support Luisa Omielan on her Am I Right Ladies tour. Recent BBC One appearances include the One Show and numerous appearances on This Week, discussing the Greek financial crisis.

George’s first gig was on St Patrick’s Day in a dark room above a pub in Newcastle’s city centre. Fortunately for him, it turned out that he had a grasp of the English language as well as a talent for the art of comedy and soon this “really likable comic” went on to play all over the UK and abroad at some of the most prestigious comedy clubs. After impressing in the CKP LunchTime Special at the Edinburgh Festival he came back with his one man show Greek Tragedy, which recently sold at the Melbourne Comedy Festival. He returned to Australia the following year with Awkward Confessions of a Homeless Sex God and is also be helping to spearhead a burgeoning comedy scene back home in his native Greece.

Accessible, likeable, his jokes are solid and his timing impeccable
The List

George gigs regularly for the likes of The Stand, Manfords, The Glee, Funhouse, Top Secret, Comedy Cafe and numerous independents.

George Zach went down well with the crowd and got some of the bigger laughs of the night. Really likeable act should go far
Gigglebeats