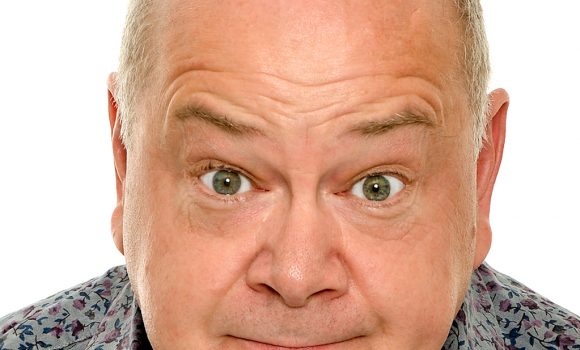 You could put John Archer anywhere and he would kill an audience. Penn Jillette (Penn & Teller)

Thought by many to be the best Comedy Magician in the UK today, John Archer was the first man to fool Penn & Teller in their ITV show, hosted by Jonathan Ross. He is a past winner of ‘The Magic Circle Stage Magician of the Year’ and has spent almost three decades entertaining audiences all over the World with regular tours to entertain British troops serving overseas.

In 2011, John appeared on ITV’s ‘Penn & Teller: Fool Us’ show, hosted by Jonathan Ross. John was the first man to fool Penn & Teller and won a trip to Las Vegas to perform with them at The Rio Hotel. In 2013 The show ‘Help My Supply Teacher is Still Magic’ which John starred in and wrote for, won a BAFTA at the Children’s BAFTA Awards.

In 2019, John finally summed up the courage to appear on Britain’s Got Talent. He received high praise from all four judges and advanced to the live semi-finals.

His reputation in the magic world is among the very best. I’d recommend him unreservedly. Derren Brown

“John Archer will blow your mind. He is the funniest man I know. Seeing him perform is guaranteed to be one of the best experiences of your life!” Dynamo
“Powerful and incredibly entertaining” ***** Edinburgh Evening News
“John Archer is charming, disarming and easy to like” The Scotsman