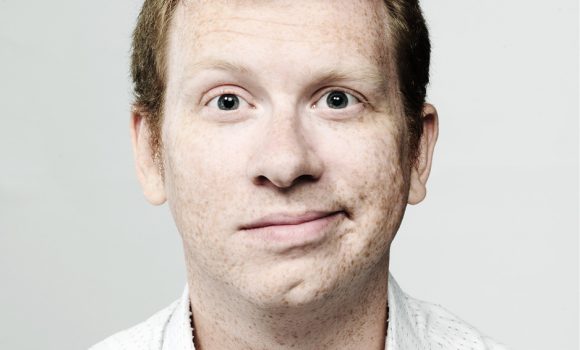 If I was a joke thief, I would be shinning up Paul Kerensa’s drainpipe.
Milton Jones

Writer for BBC1’s Miranda and Not Going Out, among countless others, Paul Kerensa’s the in-demand comic who plays comedy clubs and cathedrals. He’s one of the few to have appeared both at London’s Comedy Store and on Radio 2’s Pause For Thought.

A decade into his stand-up career, Paul’s one-man show has played to packed-out venues over the last few years, including the Edinburgh Fringe and Montreal Comedy Festival. Most recently, he’s been part of the writing teams for TFI Friday, Top Gear, The Kennedys and ITV’s Morecambe & Wise Christmas Special.

As a stand-up, he’s known as a likeable, intelligent and creative comic, ever since winning ITV’s Take The Mike Award in 2002, and becoming a finalist in the BBC New Comedy Awards & The Daily Telegraph Open Mic Awards the same year. Since then he has gone on to work regularly all over the UK and Europe, including The Comedy Store, Jongleurs, the Montreal Comedy Festival, and five solo shows at the Edinburgh Fringe, ranging from spoofs of Back To The Future to journeys through the Bible and around the world in his most recent show, ‘Borderline Racist’. Previous shows caused Chortle.co.uk to say: “Very funny, very clever, an excellent Edinburgh show” and call him a “wildly talented comic”.

He was nominated for a British Comedy Award as part of the writing team for Miranda, which he continues to work on. He has written on each series of Lee Mack’s sitcom Not Going Out among other shows, and is a published author with numerous books under his belt. His writing helped win hit sitcom Not Going Out a Rose d’Or Award in 2008, as well as a nomination for the British Comedy Award for Best New Sitcom. Miranda has recently been nominated for three Royal Television Society Awards, including for best writing and best sitcom.