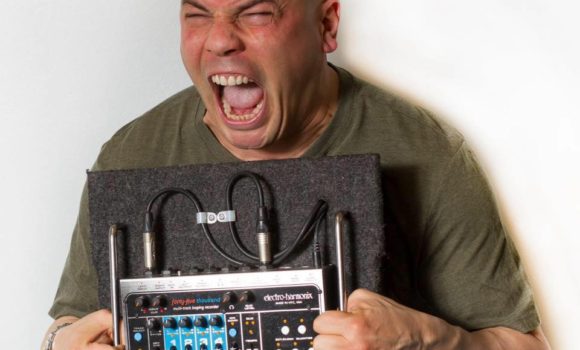 An Unstoppable Force! Like an intravenous shot of adrenaline!
Steve Bennett, Chortle

Nothing less than a phenomenon, Vince Atta has the industry ignited! Using a multi-track looper, Vince creates live on-the-spot Hip-Hop/Reggae/Techno/anything; hilariously fusing it with natural stand-up, storytelling and audience interaction – creating the most infectious songs you’re ever likely to hear… it really is quite a show! Since his musical reinvention, Vince is very much in demand; headlining most British clubs and a veteran of the Edinburgh Fringe.

Vince recently supported Jason Manford on numerous dates across his epic arena tour, playing for up to 21,000 people each night. His act travels incredibly well and he headlines regularly across the UK and Europe, in cities such as Barcelona, Zagreb, Warsaw, Budapest, Belgrade, Rijeka, Ljubljana, Maribor, Porec, Pazin and Varazdin.

One of the circuit’s most promising acts
The Guardian

Vince got his comedy career off to a belting start by winning the much-coveted City Life Comedian Of The Year in 2006, within his first few months; following in the footsteps of previous winners such as Caroline Aherne, Peter Kay, Jason Manford, Justin Moorhouse, John Bishop, Dave Spikey and Chris Addison. Admired by audiences and peers alike; this unique, talented and incredibly funny act has to be seen to be believed!